November 27, 2014  •  Leave a Comment
DAY 2: Sunrise from Grandview Vista, Cossatot River, Highway 278, and Sunset at Lake Wilhelmina.
The sun was set to rise around 6:45 that morning. I woke up around 5:45 got my gear together, grabbed the keys, and headed back to the Talimena Scenic Byway. I was hoping to catch the sunrise hitting the mountains and possibly capture the setting moon in the same shot. I really underestimated how great the view to the east is up on the mountain. While driving up the mountain I would look back in my rear view mirror and see a giant red ball over the horizon. It was so amazing. I really REALLY wanted to stop, but I didn't want to miss opportunity to capture the sunrise at Grandview vista. I pressed forward and would occasionally glimpse back in the rearview mirror catching sunrise behind me. I arrived to Grandview vista and the light was just starting to hit the mountains. To make things even better there was a thin layer of fog in the valleys and near full moon descending to the west. 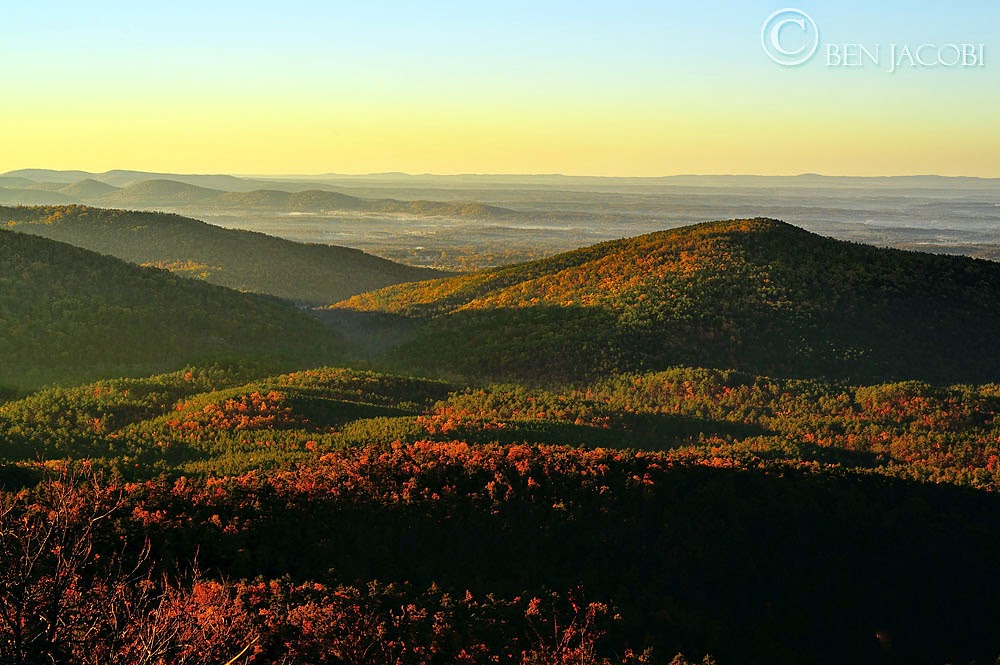 It certainly was a great start to the day. I drive back to Mena to meet up with my mother and plan for the rest of the day. We're sitting around trying to decide when we would like to leave for Texas. I was planning to leave around 3:00pm and that would get us home around 8:00pm that night. I had work the next morning and I was sure my mom didn't want to drive that far that late at night. My mom was looking through a local brochure and mentioned something about the Cossatot River State Park. We settled on that for a late morning/early afternoon field trip. It was only 30min from Mena and when we finished we could go back to Mena for a late lunch and head on home. Like many of the places in AR we were once again creeping on dirt and gravel roads to get to our destination. Along the way we saw some colorful foliage and some nice landscapes, but mostly it was winding dirt roads and tall slender trees blocking out our view.. We finally arrived at the upper Cossatot River region. Specifically we were looking for the rapids in the river on this particular outing. The river was not at its highest state so the rapids were not that impressive, but I still came back with some great shots. 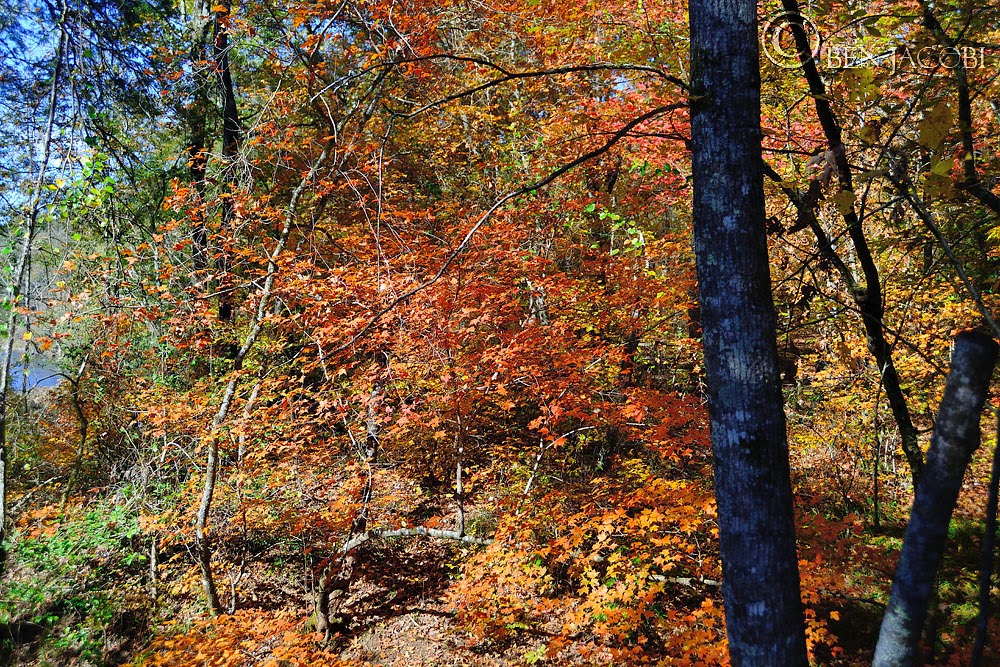 Once we finished hanging around and exploring the upper region of the river we drove to the visitor center,(which was really nice) and made our way to the low water crossing of the river. This was actually a little better, I was able to see some decent movement in the water and with the use of my vari ND filter I was able to slow my shutterpeed down to 3 seconds creating a soft silky look to the water. 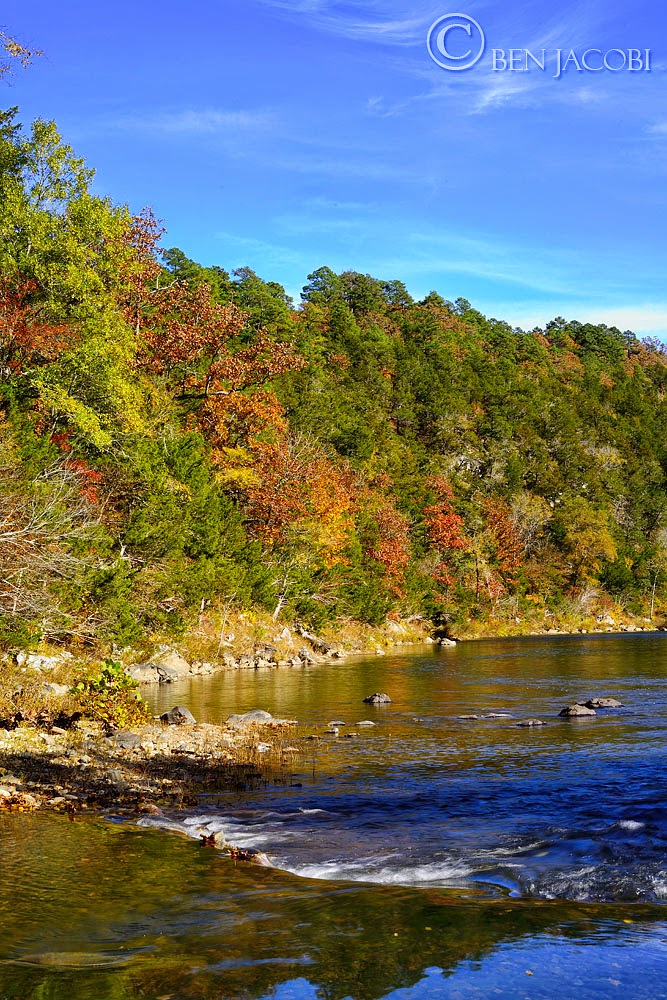 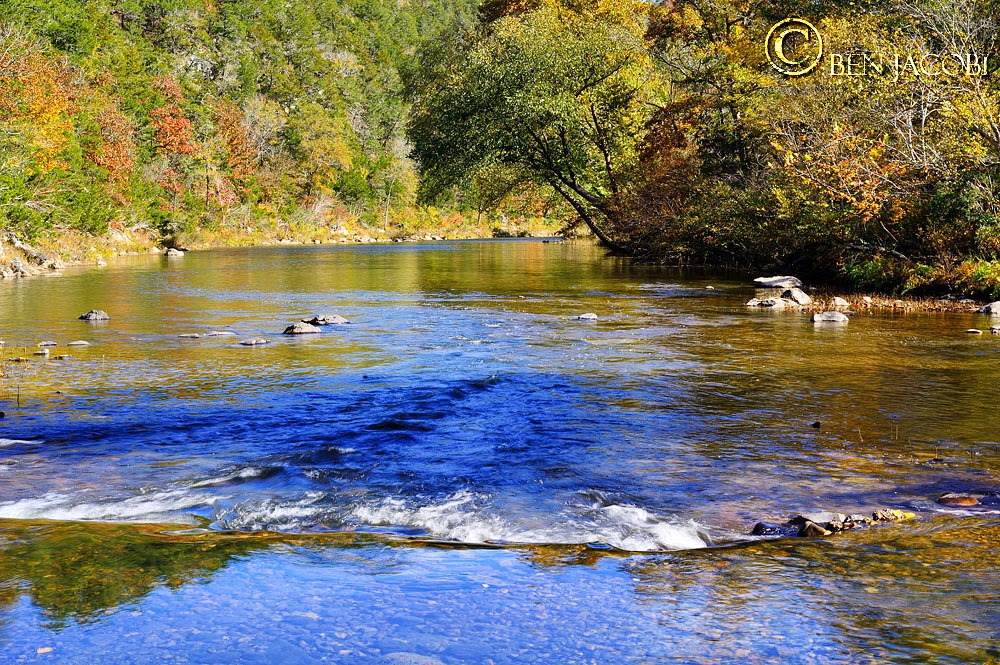 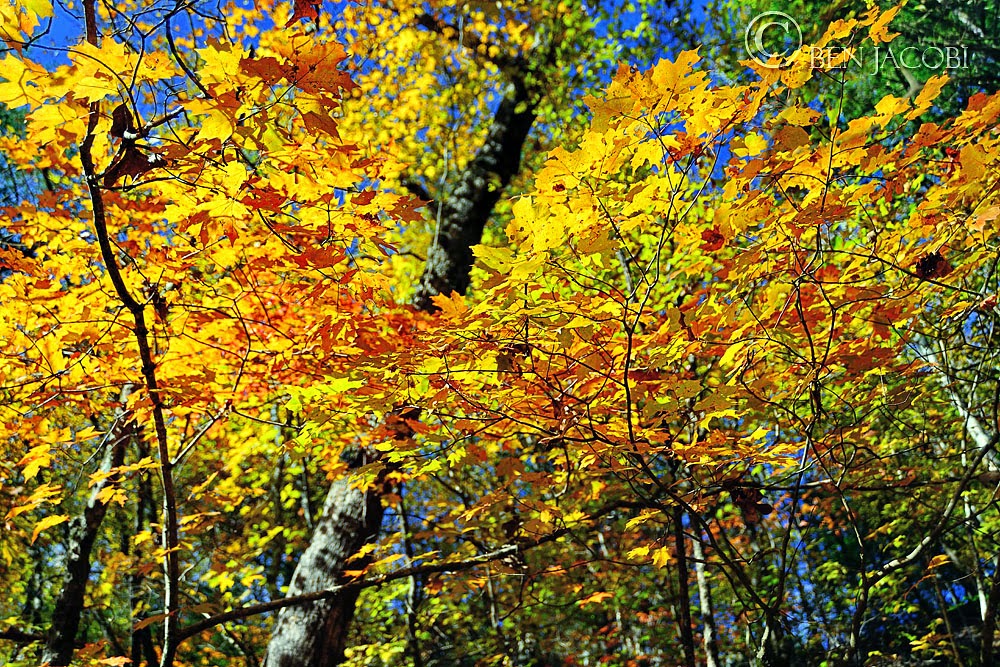 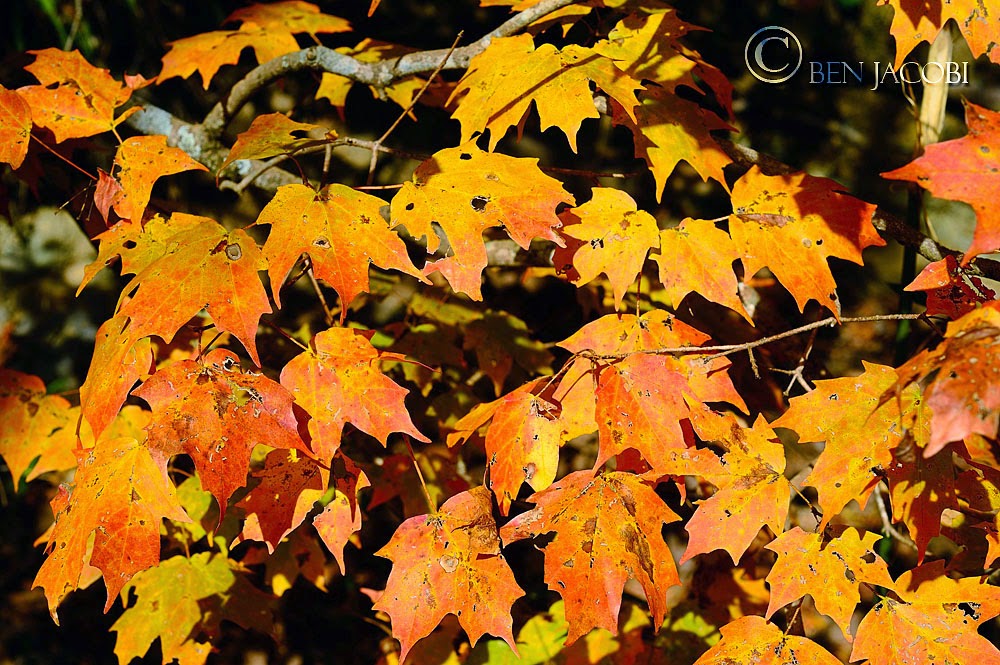 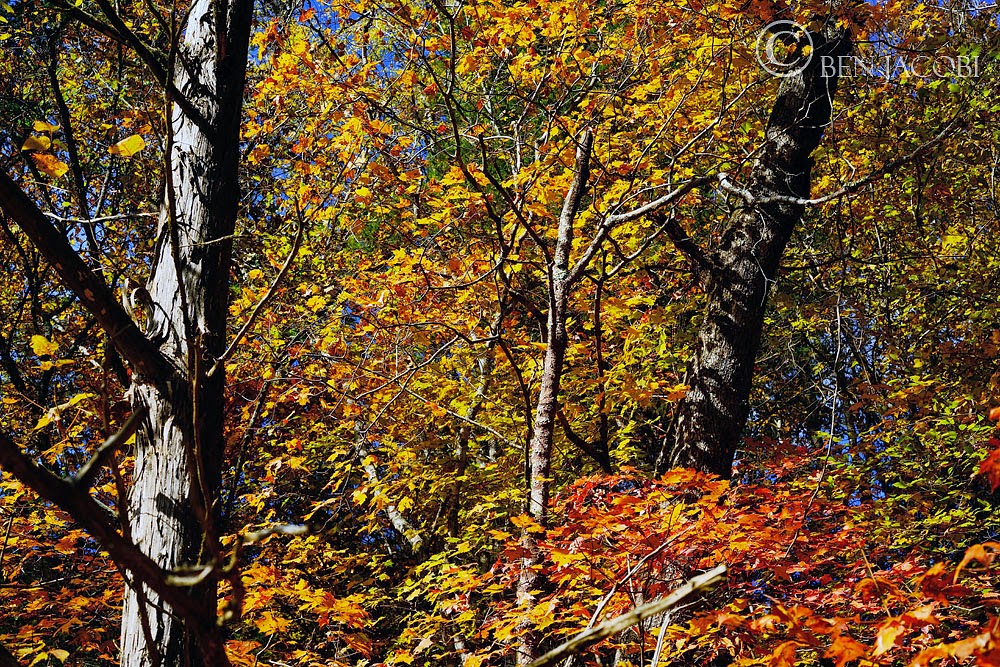 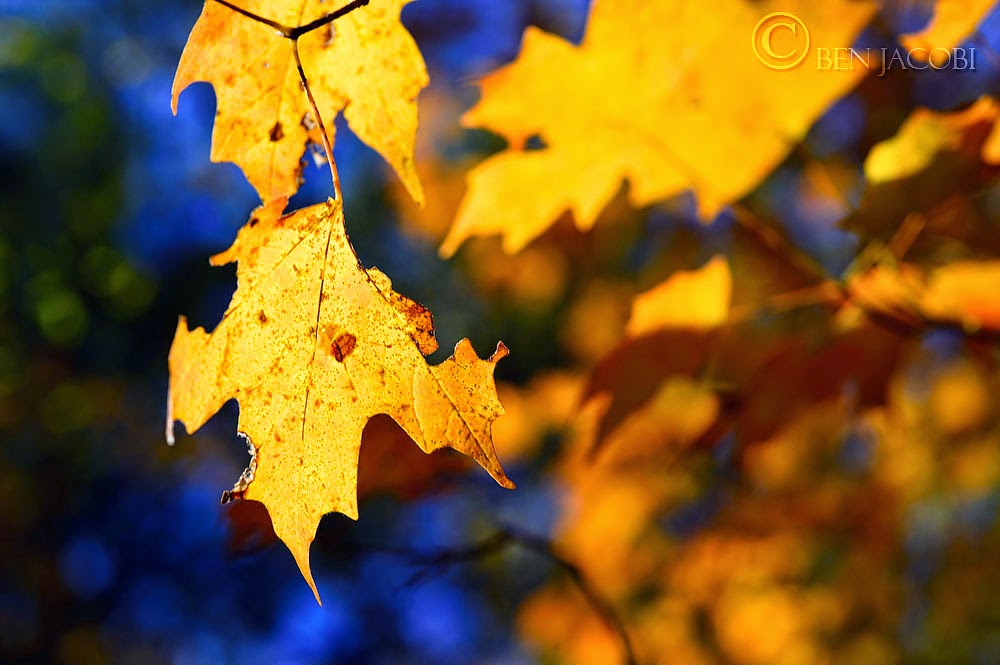 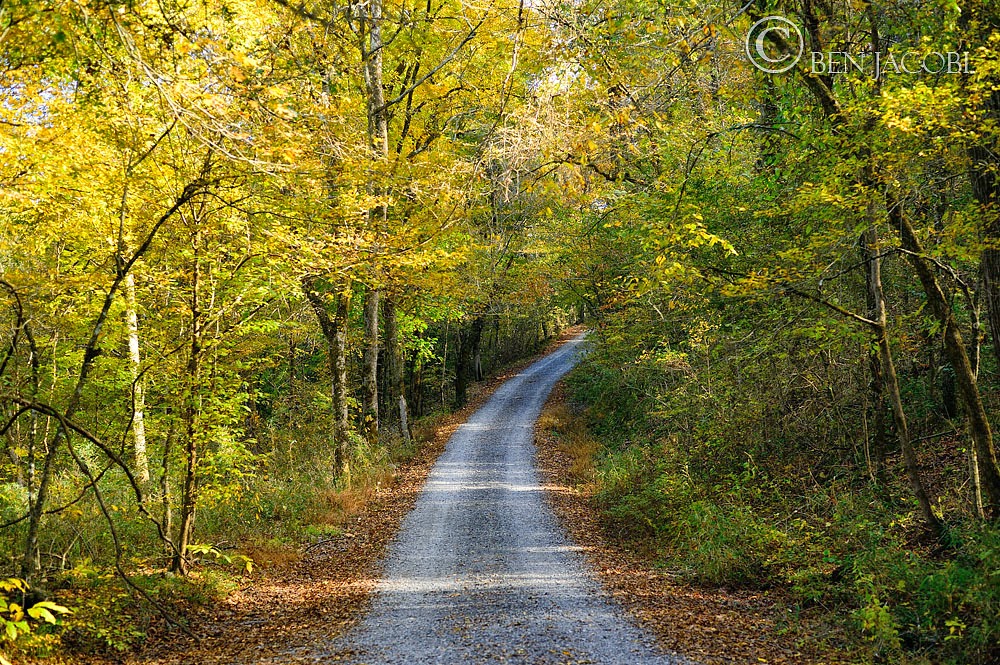 We left the Cossatot River around 1:30 and headed back to Mena to get some lunch before driving home. We drove west along highway 278 which was almost entirely surrounded by trees. At one point outside of Wickes, AR there was a break in the forest. The land sloped down where a long line of hay bales were resting halfway across the field. Behind the hay was a cluster of changing fall leaves and just above the treeline the distant craggy peaks of the Ouachita mountains could be seen. I really liked this composition, I just wished the light would have been better. We pulled off near the Duckett cemetery to photograph the landscape. 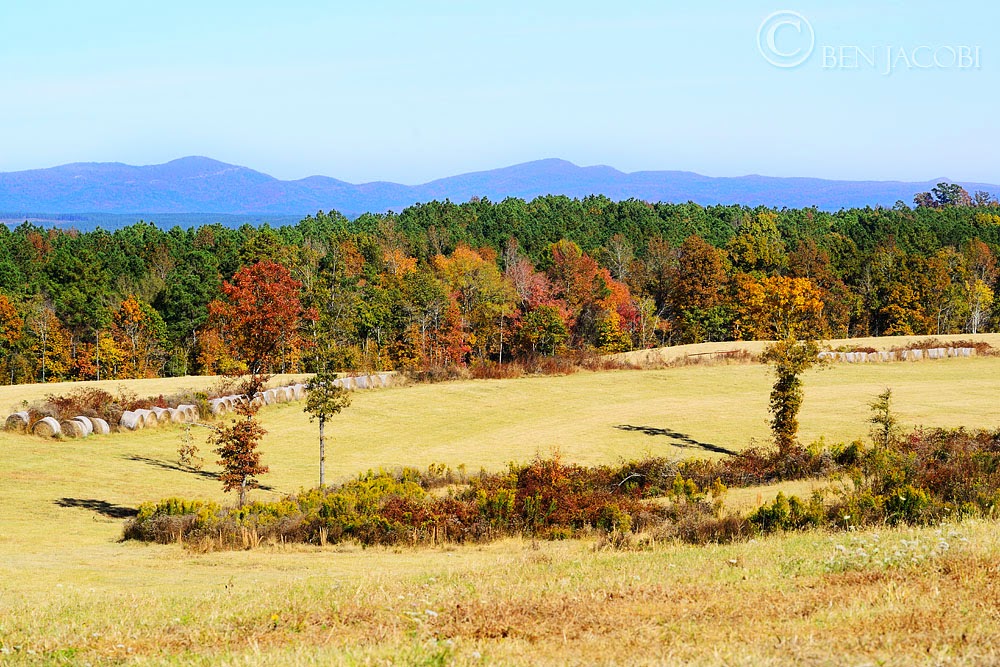 We made the drive home and I arrived at my apartment around 11:30pm. It really was a unique experience. I have been through Arkansas before on the way to Indiana for family reunions. I never had the opportunity to explore the mountains and forests of the state. Thanks to my mom for tagging along and doing all the driving. I have to say it is truly a beautiful place and a well spent vacation. I hope to one day return to the Ouachita Mounatins again.
-Ben
« Previous Post Next Post »