This past weekend I went out for some much needed nature therapy. I took some friends to the Wichita Mountains for some hiking in the Charon Gardens. After a nice hike (and me getting us lost for a bit) we returned to our vehicles and drove into Lawton to grab some dinner. I had mentioned that I wanted to try to get some milky way photos around the area. I did some research and picked out a few locations that might work with the milky way. The shot I really wanted was the milky way setting behind Mt Scott at lake Lawtonka. We arrived on scene to find the galactic core dipping below the horizon and just touching the edge of Mt Scott. My only real concern for the photo was the amount of light pollution from Lawton and Ft Sill. I set up my tripod and found a pleasing composition and started shooting. My original intention was to photograph a timelapse sequence here and maybe pick out a few still frames. While marveling at the stars in the sky, we noticed a light on the top of Mt Scott. At first I thought it was a tower on the peak, but then it started moving. We watch as the lights trailed along the winding road descending the mountain. I thought to myself that would make for a cool long exposure. Maybe something I can use for a still frame.

We finished up our shoot and I returned home. I briefly looked at some of the photos I got from the shoot and noticed the winding car trails as the vehicle moved down the mountain. I picked a nice image that had a good view of the milky way and then stacked nine other images of the car lights. The result showed the trails wrapping around the mountain and eventually leaving along the highway to the south. It was like adding a cherry on top, just a little something different to give the image a little more flavor. 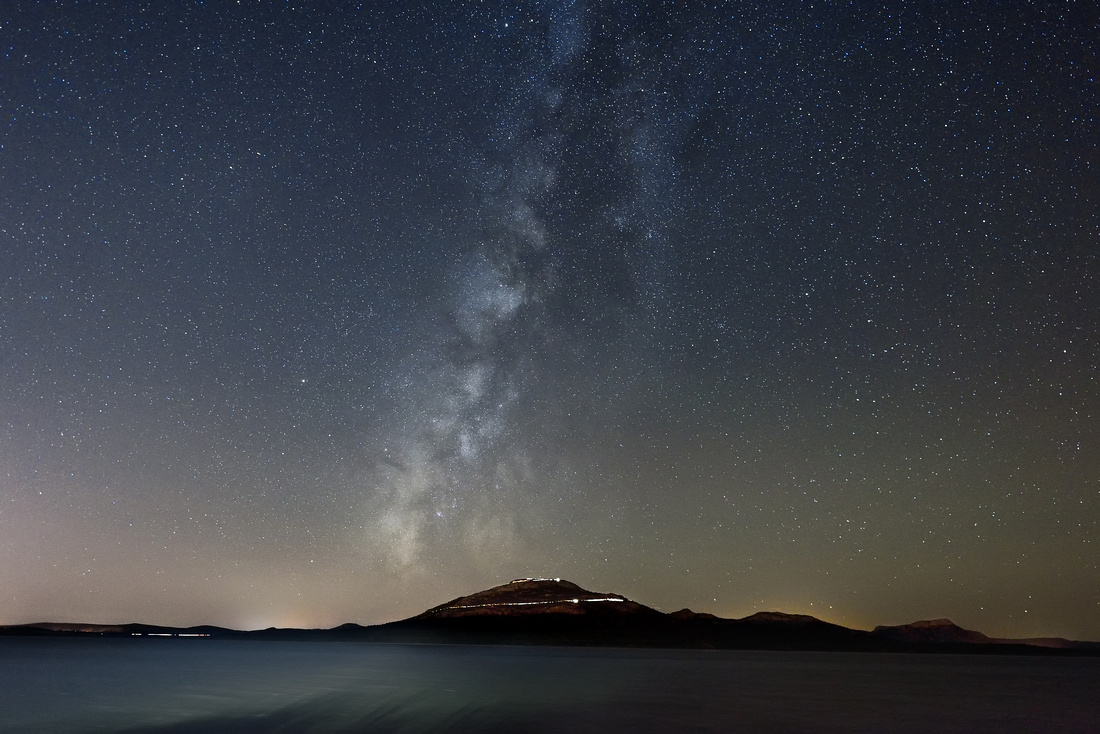 Milky way sets behind Mt Scott in the Wichita Mountains. Light trails can be seen as vehicles descend the mountain.