I have just returned from an amazing four-day trip to the beautiful state of Colorado. I was originally going to the Guadalupe Mountains in west Texas, but the weather pattern had another idea. So as I backup I suggested Colorado. My good friends Ian Glasgow and Jaden Corbin. This was Jaden’s first photo trip with us and I think he had a good time. We spent those four days seeking out the best shots for the incredible landscape that was all around us. We were about one week away from peak fall color, but we were able to get some excellent shots of the changing autumn.

We left Wichita Falls around 7:15am and arrived at Walsenburg just a little before 2:30pm (local time) and went exploring for our sunset location. I had hopes that the clouds would hold off and we would get dramatic sunrise light hitting the Spanish Peaks. The Spanish Peaks are two very prominent mountains in southern Colorado. The west peak has an elevation of 13,645’ and the eastern peak is 12,684 and an impressive 6000 feet above the surrounding landscape. Their shape and prominence made me think they would be an excellent subject to use in dramatic sunset light.

After we did some driving through the Highway of Legends (a closer look at the Spanish Peaks), we started back to Lathrop State Park to prepare for sunset. I kept an eye on the cloud cover on our western horizon and I watched as the thin clouds stretched above our heads. Maybe these would make for a good sunset after all. But they might pose a problem if we were going to shoot the milky way later that evening.

The dramatic light I was hoping for never arrived and the sun was blocked by a low layer of cloud cover, but despite this the clouds above us exploded into a fiery orange glow. I still came back with some great shots and a pretty nice timelapse of the whole thing, but the worst thing was I accidentally changed my camera settings to record In JPG and not NEF (Nikon’s RAW). This meant I would have very little control in post processing and I would need to adjust my workflow to get the result I wanted. It just goes to show you, always check your camera settings before you start shooting. This is a silly oversight that I will make sure I won’t skip over next time. Luckily, after the sunset I saw my error and changed back to NEF for the milky way shoot. Yet despite this hiccup I still came back with some excellent images and even better ones came from later in the trip. I am very excited to share these photos with you over the next few weeks. Enjoy! 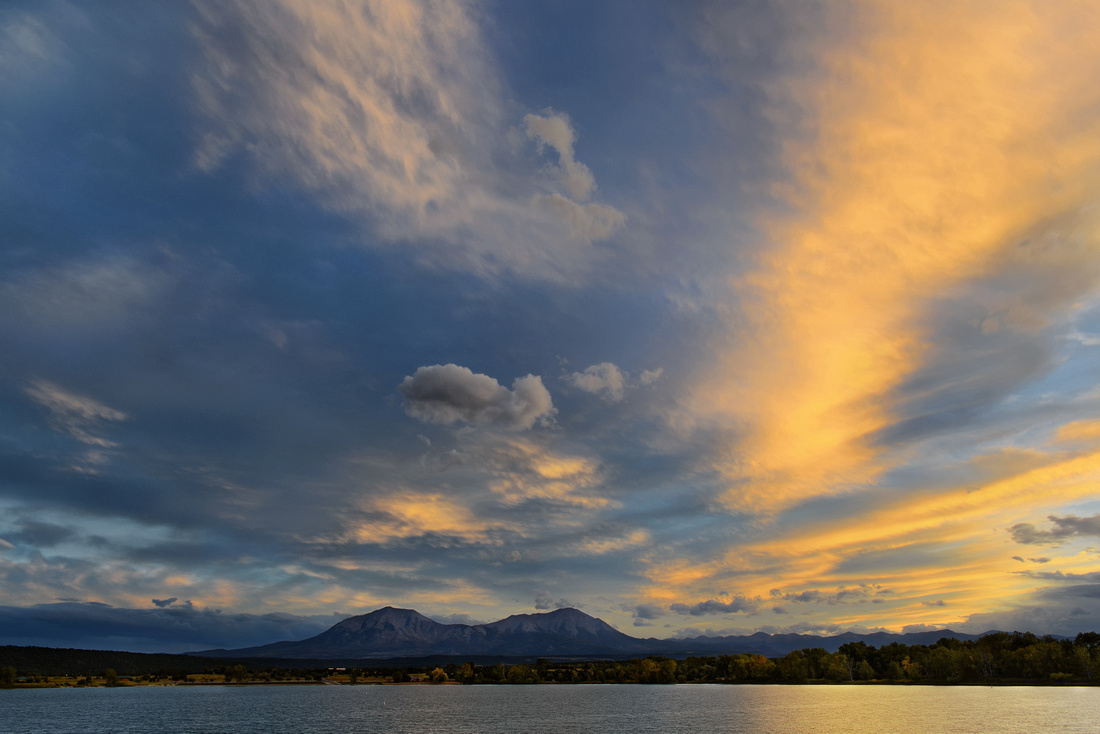 Stunning sunset over Lathrop State Park with the Spanish Peaks on the horizon.