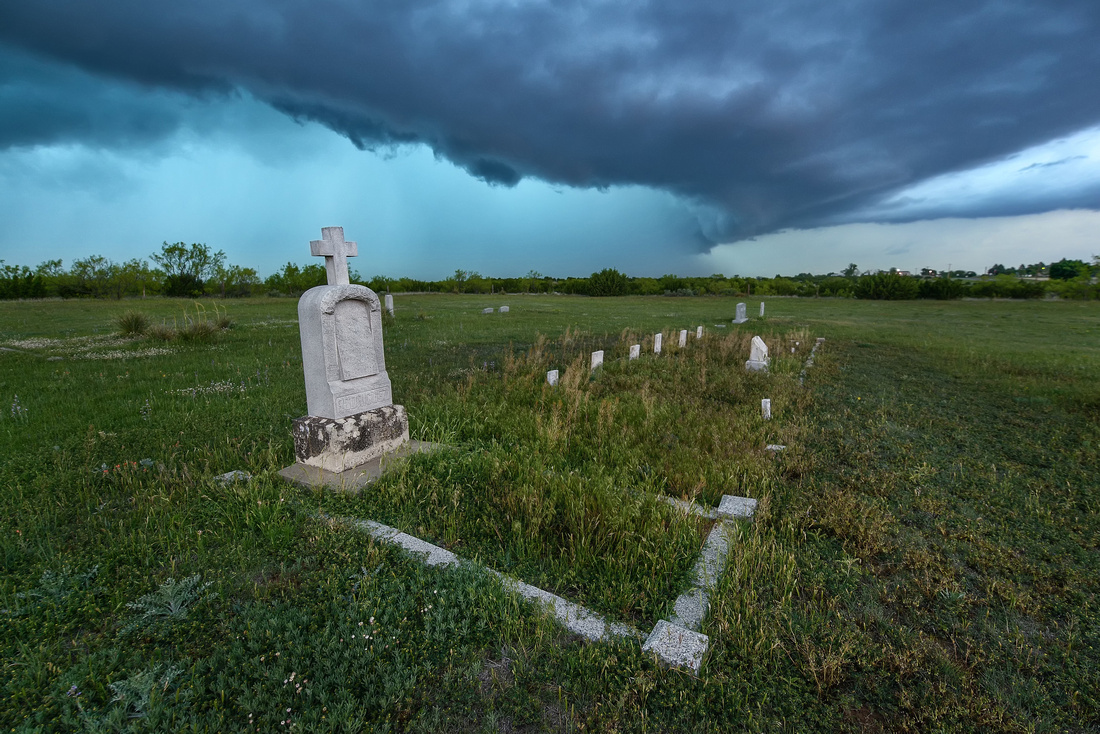 We are now in our second week of May and I am just now getting to my first real storm chase of the year.  I actually haven’t been excited for chase this year. I guess I’m waiting on a good photogenic dryline storm in the panhandle. Regardless, if I get the opportunity, I need to go storm chasing. That is exactly what happened on Tuesday this week. I arrived to Metro Photo and almost immediately my boss asked if I was planning to take off early to chase some storms. He said if we weren’t too busy, I should be able to leave earlier. The only problem is that the initial storms were going to fire up in the Texas panhandle and quickly squall out through the evening. Either way I was excited to get back on the road and under a storm. I sent a text to my friend Jaden, my roommate Ryan, and my girlfriend Ashlee to see if they wanted to join me on this chase. Everyone quickly agreed and we were to meet up at my apartment after 3pm.

I had decided earlier if I was going to go chasing it would have to be west of Amarillo, I really didn’t want to drive out that far due to work the next day. After discussing forecasts with Jaden and some other chaser friends I decided to drive to Childress, TX as our initial target. Mature storms would likely move in to this area before dark and hopefully, by the time we arrived at our target. We reached Childress and waited around to see if any of the towers near us would turn into full storms. Sadly, none of them could beat out the cap or died off with lack of upper level support. We spent about an hour hanging around and near Childress, TX before finally deciding to head towards the tornado warned storm southwest of Clarendon, TX. This storm had started in Tulia and had a history of producing tornadoes.

When we made our way through Clarendon, I decided to turn south on Hwy 70 because I knew of an overlook off the road. I had shot another storm from a few years back at this location. The storm was quickly approaching the town of Clarendon and we were trying to find an unobstructed view with a possible foreground element. I pulled over at the St Mary’s Cemetery just off the road. The storm was now looking angrier and an eerie green glow was emanating from the core of the storm. Just above our heads stacked feeder bands were surging into the storm as the inflow increased. I had found this interesting headstone and thought I could use it as a foreground. Not long after I set up this composition the tornado sirens in town went off, its harrowing howl resonating through the cemetery. Rain started to gently fall as the approaching shelf cloud moved over our heads.

The storm was quickly approaching the Clarendon and I was trying to stay away from Clarendon to catch back up with it. I thought I could head south on 70, then turn east and back to the north to 287 and Memphis, TX. The idea was to get ahead of the storm. Jaden suggested I turn around and head back up and 70 into town and then turn on 287 to get ahead of the storm. Long story short, I spent too long trying to decide what to do and we lost our storm, but as we got back on 287 storms began to fire up south of Childress, TX. We could drive towards them and see what developed. We spent the rest of the evening driving through rain and chasing lightning. It was still a good chase despite the fact we didn’t see any tornadoes, but I’m still hopeful of a good dryline setup later on in the season.

Just a quick note: The headstone that is featured in this photograph says