There are significant moments in every young man’s life. Some examples are his first kiss, his first car, his graduation, and of course his first photogenic tornado. Ok, maybe the latter isn’t a first for most people, but it sure was a significant moment in my life. I can’t believe it has been ten years since this photo was taken! Ten years, my how the time flies by. April 22, 2010 will be a day I always remember for the rest of my life. My friend and storm chasing mentor Jason Brock picked me up from Iowa Park and we headed towards the Texas panhandle. A little after 4pm storms began to fire along the dryline and we moved further west to Goodnight, TX. Little did I know what I was about to experience…

This was first photogenic tornado I saw. I witnessed this tornado from its spontaneous birth to its snaking rope out all in the span of 13 minutes. I’ll never forget watching it turn into a large stovepipe, being excited to get some up-close tornado shots, and being so disappointed to see the highway patrol has closed off our only route to the approaching twister. Since our path to the tornado was cut off, we decided to pull a little farther back up on hill to watch the storm. As the tornado approached closer to the highway, I noticed this interesting tree just off the road. My thought was “If the tornado crosses the road, I might be able to incorporate the tree into the composition.” The tornado started to weaken and shrivel up as it crossed the highway. I shot a series of images just before it roped out and this was the only one that was in sharp focus.

Thankfully, ended up with one useable image of this awesome scene. A beautiful Texas countryside with a delicate tree sub framing a photogenic roping tornado—I couldn’t have asked for more. And while there were several other chasers that got some incredible close shots of this twister, but no one had this view that Jason and I shared.  This was the last season I got to chase with Jason before he passed away later in 2010. If it wasn’t for him, I probably wouldn’t have the knowledge on severe weather and storm chasing I have now. I wouldn’t have some of the friendships I’ve accumulated over the last 11 years of storm chasing. And I certainly wouldn’t have some of the storm images I’ve captured over my chasing experience. 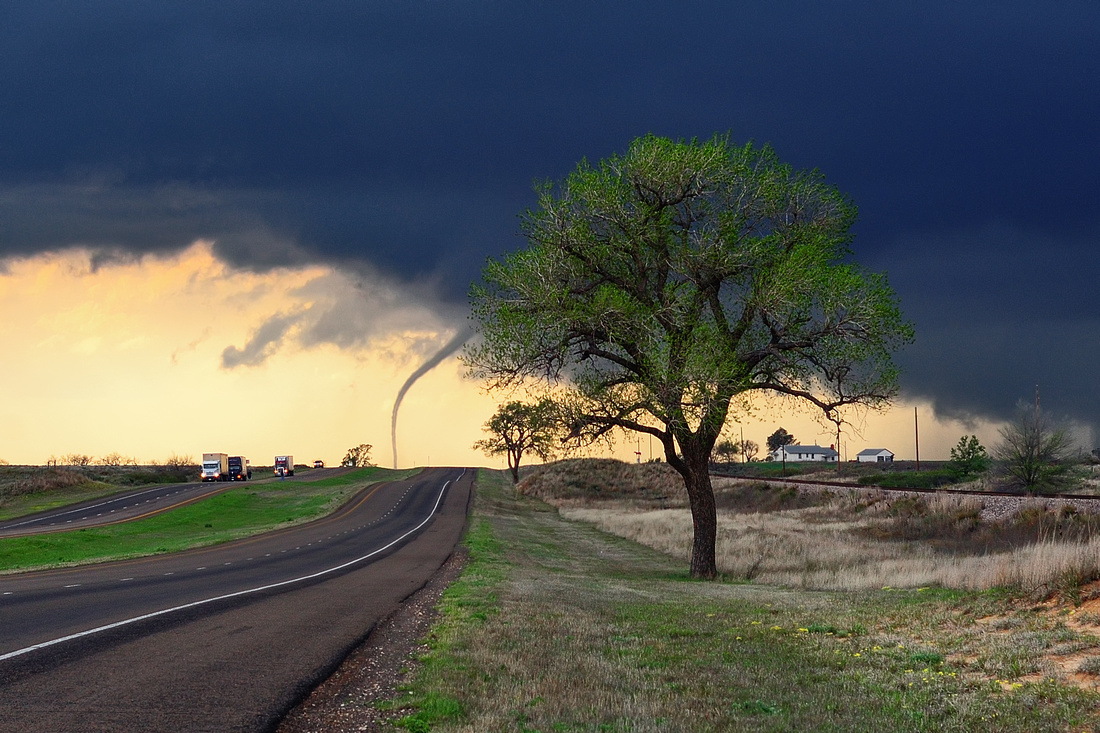