No Pic of the Week this week...well sorta. You see, I captured a nice image of the 2020 Perseid meteor shower last week and I was so eager to share it only posted it on my Facebook and not my actual website, but instead of rehashing an older story I decided to rehash...more older stories? Either way, this a post about my pursuits to capture the annual Perseids meteor shower. There's also some pretty big news at the end of this post! Enjoy! 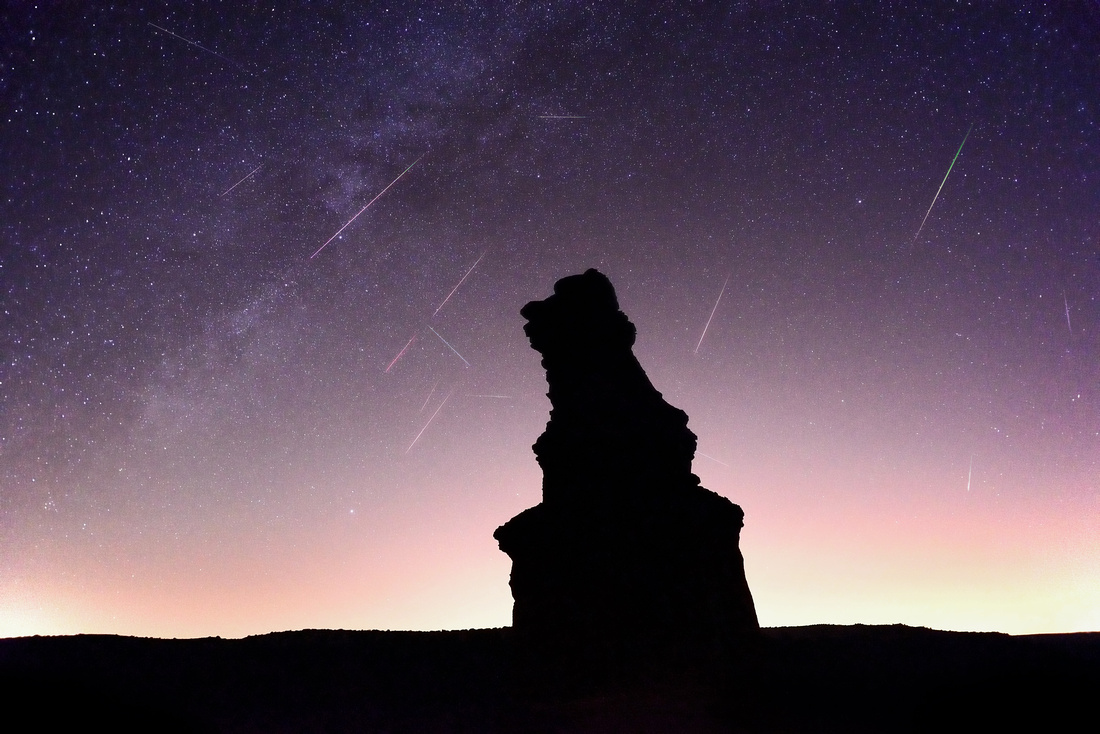 Although I had captured the Perseids before this image, they were mostly just spur of the moment shoots and not really anything planned. Similar to my lightning photography, once you get good at capturing the lightning you start to look for interesting things to incorporate in the composition. This is easily one of my favorite experiences shooting the Perseids. My good friend Jim Livingston got us access to Palo Duro Canyon State Park after dark and we stayed all night at the Lighthouse watching the meteor shower. The rock formation in the foreground is the famous Lighthouse rock formation--a  centerpiece of the beautiful park. 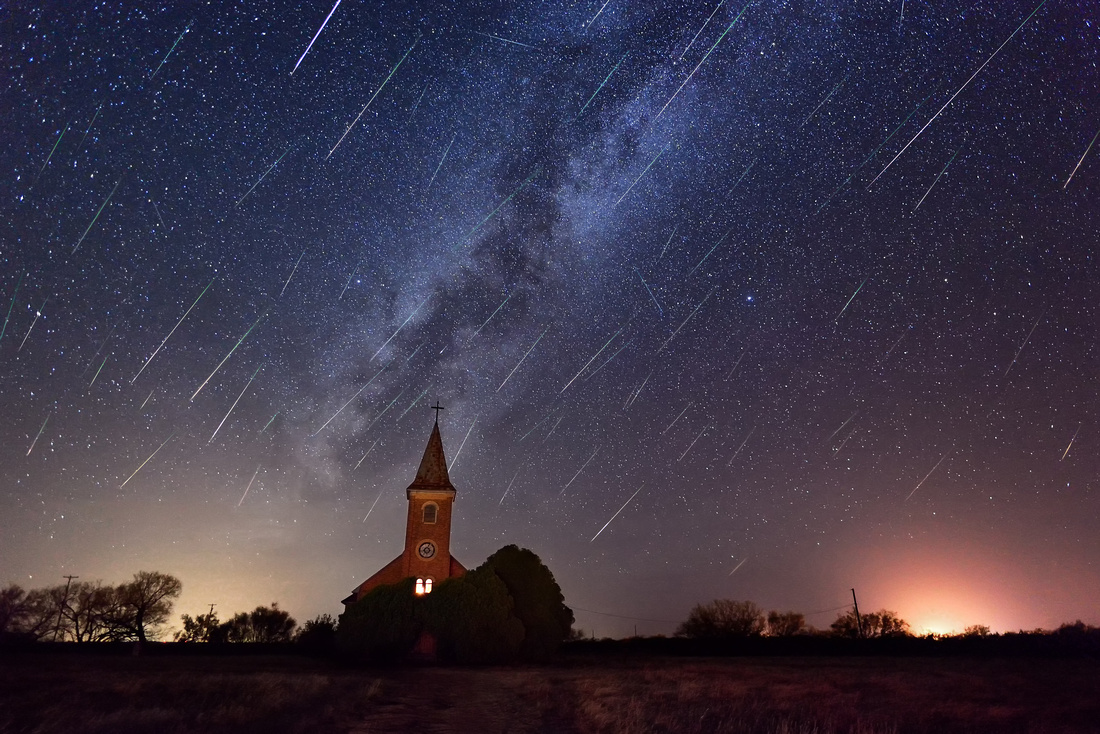 The next year I didn't travel nearly as far and photographed the Perseids over St John's Chapel in Bomarton, TX. I had expected we would be the only people, but when I arrived I was shocked to see several other photographers and the property owners out shooting. They even brought a generator to light the inside of the church! This was one of my better meteor shower shoots. No moon and clear skies made almost all the meteors visible. There are over 70 meteors in this composite alone! This was also where I met fellow photographers Jon Fischer and Mike Mezeul 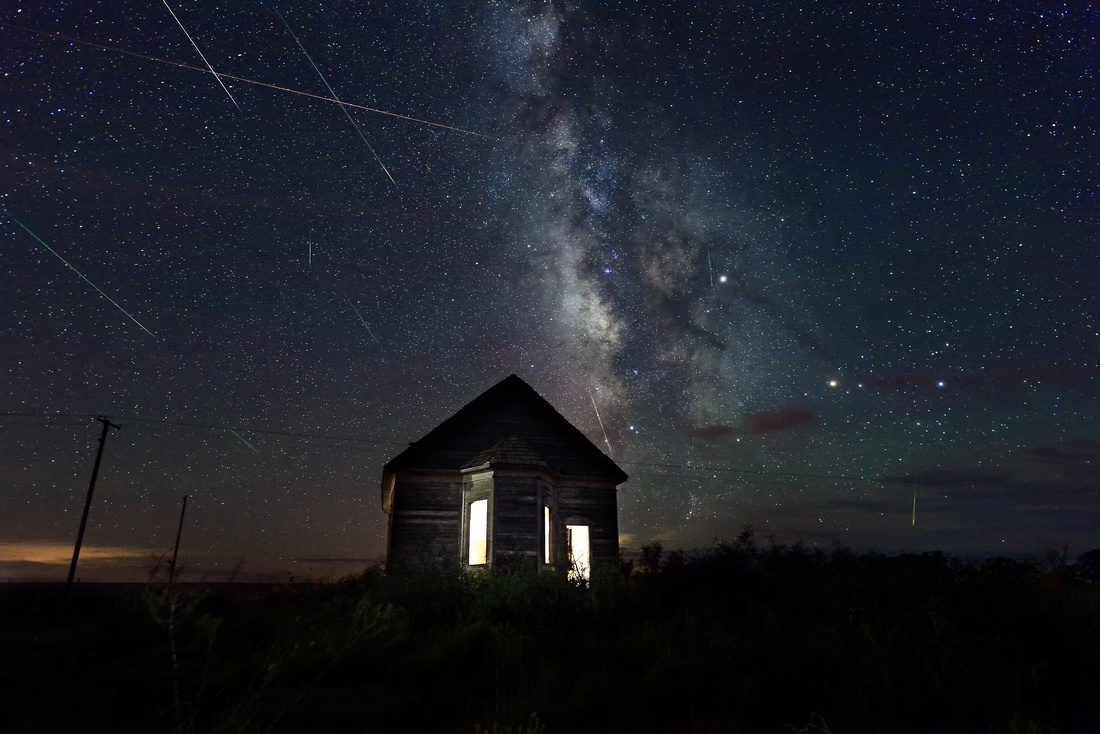 Meteors streak across a starry sky in the ghost town of Taiban, NM.

In 2017 I once again met up with Jim Livingston and we drove from Amarillo to Taiban, NM to photograph another abandoned church in front of the meteor shower. Sadly, thick clouds and fog disrupted our plans to shoot and we didn't get to spend as much time as we wanted out under the dark rural New Mexico skies. On the plus side, I did get to meet another amazing photographer Mark Dierker. 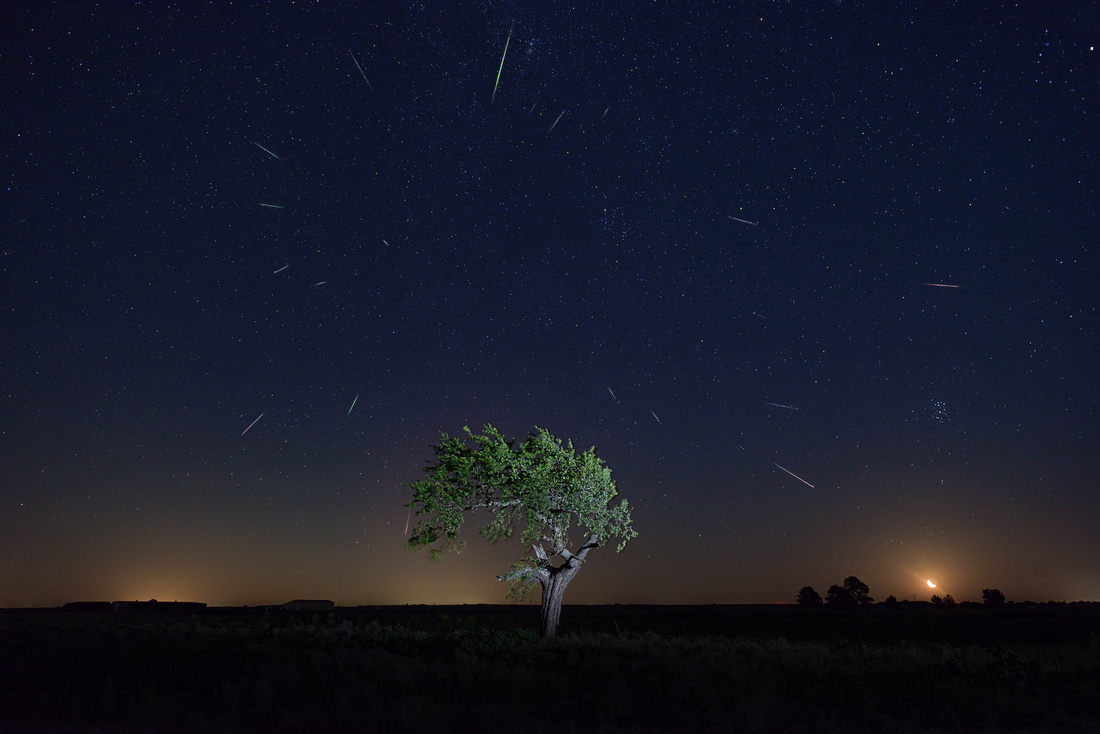 2020 Perseid Meteor ShowerMeteors radiate from the constellation Perseus during the 2020 Perseid meteor shower.

I haven't photographed the meteor shower for the past couple of years. Weather, work, time, stress, and other factors just seemed to get in the way. But this year I missed the peak of the shower, but went out that next evening. I revisited a location I hadn't been to in a while. This time I didn't want to travel too far, so I just drove 30 minutes from my apartment to get me to these interesting trees. Towards the end of the shoot the half-moon began to rise on the eastern horizon and I thought it should be included in my composition. The light on the tree was an accident on my part, but worked really well in light painting the subject.

In other far more exciting news, Ashlee Madden and I are engaged! We are so happy and very excited for what the future holds for us. 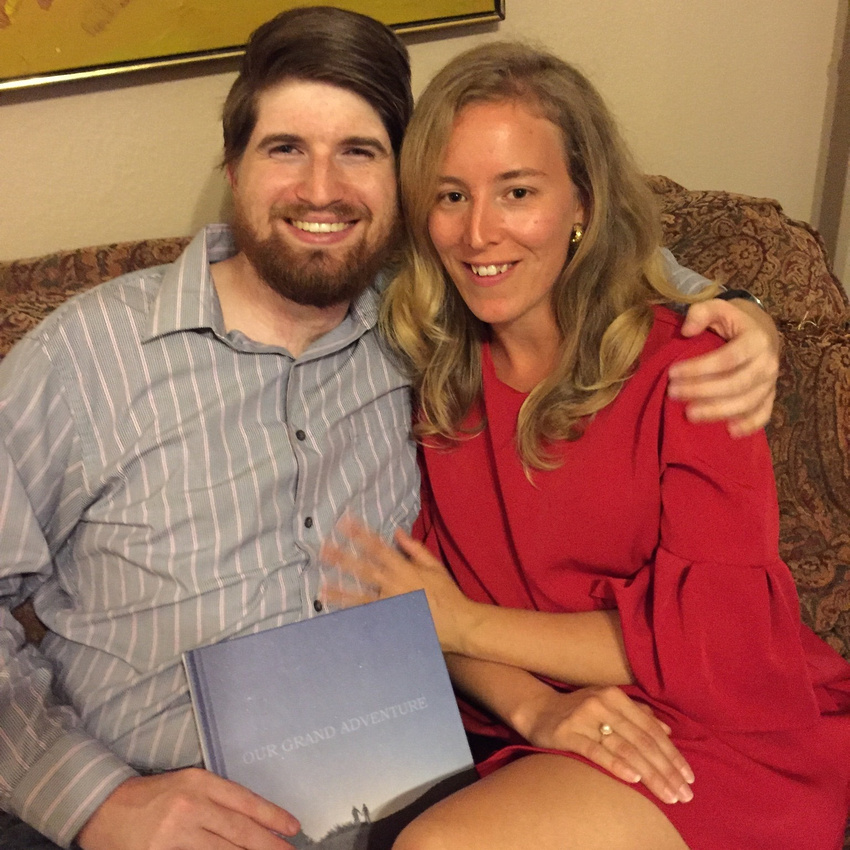