My latest Pic of the Week continues from my previous blog post. After a nice visit to the nearby Haggerman Wildlife Refuge, Ashlee and I returned to Eisenhower State Park to shoot sunset. This time we would be getting closer to the lake and exploring the swim beach. This area was closed the last time due to flood damage but had since reopened so we were excited to go exploring. Our walk down to the beach took us along a steep rocky staircase that brought us down the lake level. The wind was still ripping out of the northwest sending swells and waves crashing into the rocky shores. I had a shot in mind I wanted to capture. Along the banks a few small caves have been carved out of the soft rock. I had envisioned capturing a photo from inside the cave looking out to the banks. If I could time it right, I might be able to capture the sun setting beneath the rim of the cave. But before we made the trek to the caves, I wanted to scout out a good sunset location.

Another idea I had, was to photograph some of the fossils at sunset. This proved to be a lot more challenging than I expected. Any fossils we came across were just too small or too vague to use as a good foreground element. Though it was a lot of fun exploring those cliffs. We abandon our search for fossils and instead move on to the caves. The hike to the caves was not long, but it did have its challenges. We had to climb over large boulders and traverse slippery rocks to reach the cave. Once inside I captured my photograph and while I was excited about the composition, the light and uninteresting sky left more to be desired. 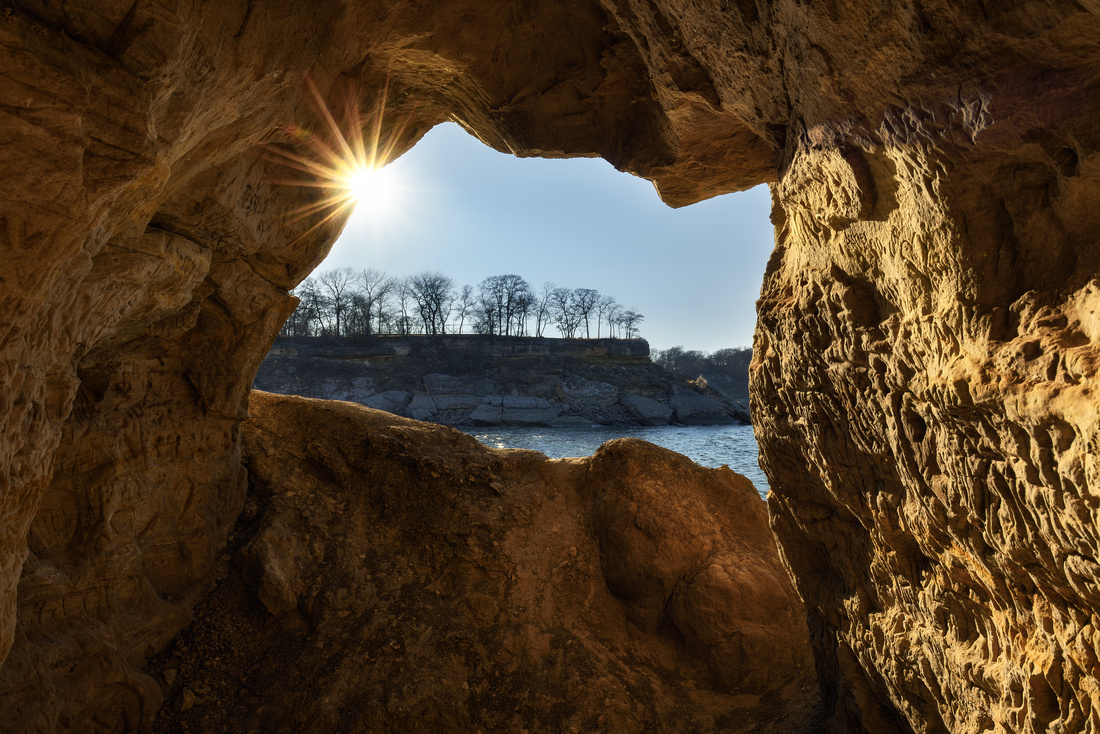 Cave along the cliffs at Lake Texoma.

While I spent time in the caves, Ashlee was out along the shore searching out more fossils and interesting subjects. I finished in the cave and went to meet up with Ashlee. I found her near the shore watching the waves coming in. She had found an odd weather-battered rock as a subject. The wind-driven water of Lake Texoma smashed into the unusual boulder sending a spray of water around the rocks. These are excellent conditions for long exposure photography. 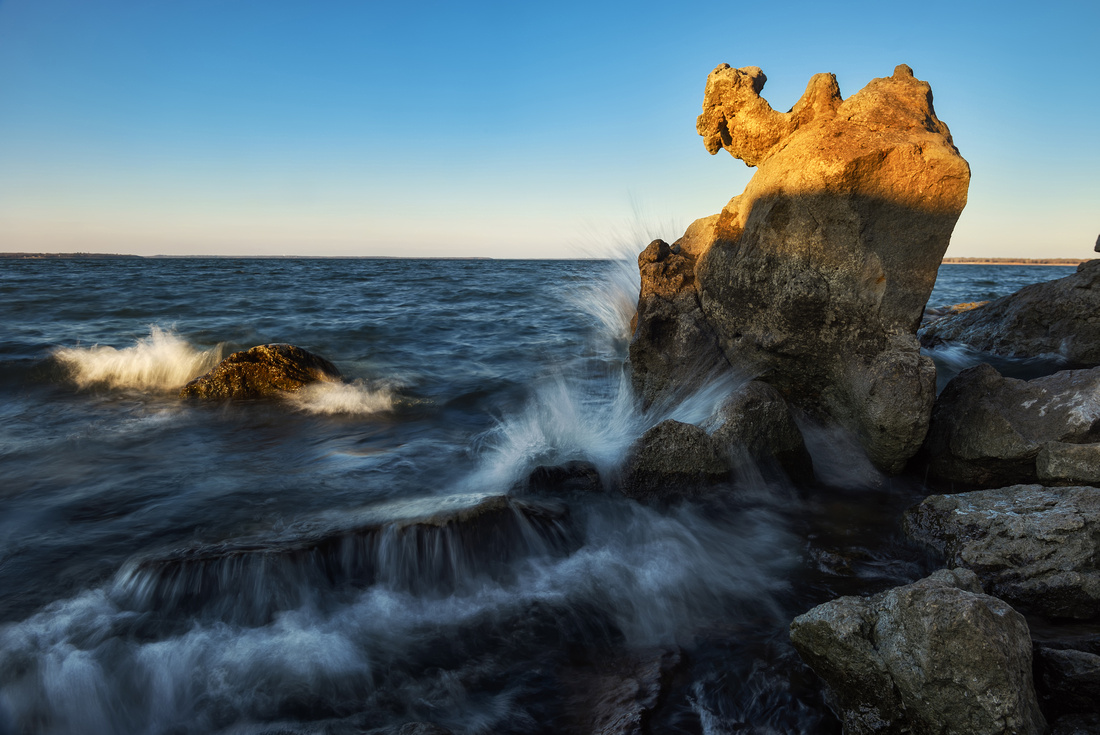 Unlike last time, I wanted a softer effect on the water. Instead of capturing thousands of tiny precise water droplets, I was more focused on creating interesting patterns and shapes in the waves. I set my shutter speed to around ¼ seconds, this left just the right amount of texture in the waves and splashes. The water began to take on shapes that resembled tendrils or veins branching and forking upon impact on the rocky shore. I spent the next 15 minutes waiting and watching the waves come in. I opted to create this eight-image stacked composite to showcase some of the more impressive sprays and whitecaps. My subject stood there taking blow after blow as the waves barraged against the boulder. Its shape almost reminded me of a dragon or sea monster. How many centuries did it take for the wind, water, and sun to sculpt that dinosaur-like form into the boulder?

I reflected on this thought while my camera clicked away. The sun was now getting lower in the sky and warm evening light began to illuminate the shore. Not long after shooting the last exposure, a large wave careened into some rocks and sent a splash of water over me and my camera. Drops of lake water flooded my lens’ front element signaling the end of the shoot. We watched the last strips of light fall on the rocks before packing up and heading back towards the vehicle. Our journey to Eisenhower State park was done and we were ready to get back home.