It has been quite some time since I last changed things up. In fact, I’ve been doing the same old thing for the last five years. As the old adage goes “If it ain’t broke, don’t fix it.” But who wants to stay stagnant? Who wants to just barely unlock their potential? Some of you might be thinking I’m talking about life, but much like everything thing else in my life, I am talking about my photography. More specifically, I’m talking about my post processing and editing workflow.

Now, I won’t bore you with the changes that I have made and the new techniques I’ve adopted, but I will tell you that I am very excited for this change. So my style might be wobbly as I work this new workflow. So now that I have a new system, I’m going to need some new photographs to accompany that. Last weekend Ashlee and I made a drive to the Wichita Mountains. It was warm and windy and an unusual 80F. Ashlee was excited at the hopes of seeing wildlife, but I was disappointed in the boring blue skies.

We piddled around the refuge with no real direction or reason. One thing that was great was the visitor center is finally open again and we stopped in and said hi Ranger Randy, something we haven’t been able to do for nearly a year now. As we drove around the refuge searching for subjects to photograph, we came across an area that had recently been burned. Throughout the year the refuge does prescribed burns in certain areas of the refuge. These help restore native plants and habitat and mimic the naturally occurring wildfires that occur.

This change in the landscape made an otherwise ordinary scene much more interesting. We parked at the Burford Lake parking area and Ashlee went looking for wildlife while I scoured the burn scar for interesting compositions. I finally settled on one that featured a uniquely shaped rock surrounded by by black dirt and small boulders. In the distance the prominent Mt Marcy rose above the prairie. I found my shot and eagerly waited for sunset. The sun would be going down just off to my left bringing strong side light on the scene. Since there were no clouds to be scene, I tried to put as much emphasis on the foreground. The black dirt contrasted nicely with the harsh sunlight over the mountains and just a hint of it on the foreground. Overall, I am quite happy with this result and I can the potential that this new processing method can bring to my work. 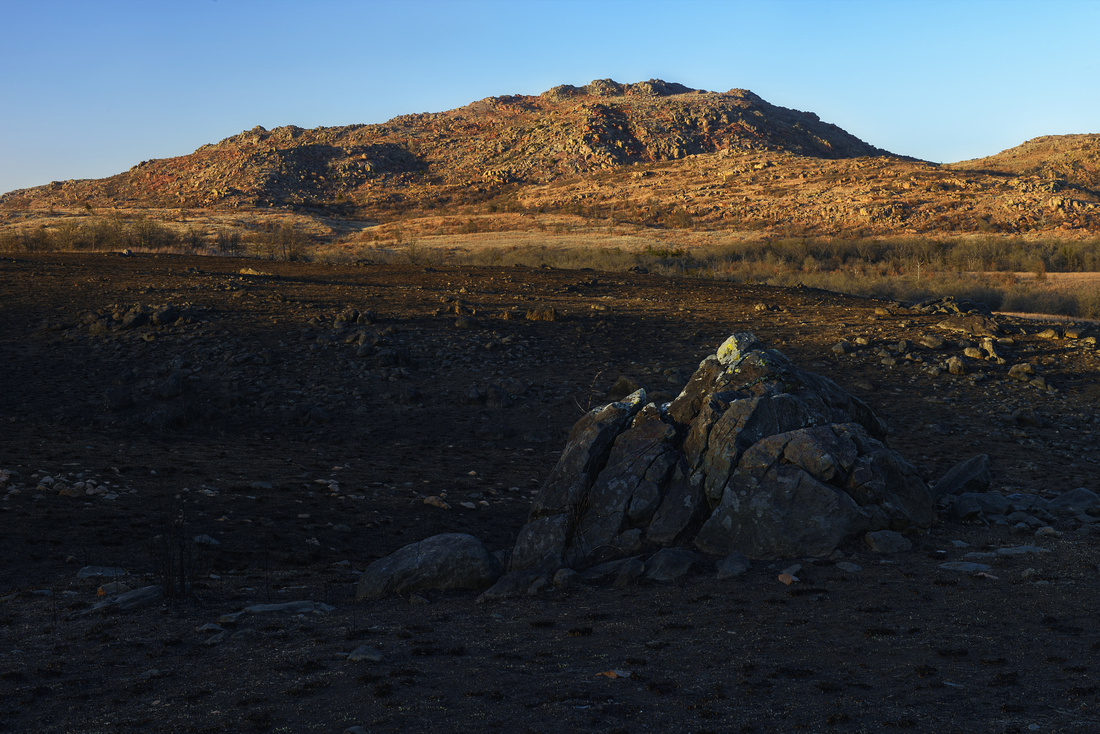 Prescribed burns may leave the ground scarred, but it brings about new growth and life in the ecosytem. Often it is implemented as an invasive species control method.