Were just a few days away from the vernal equinox and the generally agreed upon first day of spring. Although, as of lately the cold temperatures and days of winter precipitation would disagree. But for the most part we are heading towards springtime and that means one thing—thunderstorms! Yes, its that time of year again where we gather our friends and head out on the open road in search of that “Majestic Noise”. Last year, I only saw a handful of storms and barely even photographed any of them. That was mostly due to the wedding. In fact, there was the most spectacular storm on the day of our wedding. When Ashlee and I stepped outside we were chomping at the bit wanting to go storm chasing, but we knew we had more important things to do, like the cut the wedding cake. I am very much looking forward to this year’s storm season, but I am remaining cautiously optimistic for the opportunities that may come our way.

With gas prices going the way they are, I think we will be chasing even less than in previous years. At the very least, we will be much more selective about our targets. The NOAA Climate Prediction Center is predicting a La Nina pattern that will transition to an enso neutral by the end of summer. As far as storms go that usually means we will see drier and warmer conditions (think drought) throughout much of the spring/summer. To that end, I have decided to reminisce on one of past storm chases to help inspire me for the upcoming season. Here’s hoping there’s a little bit of luck this year. 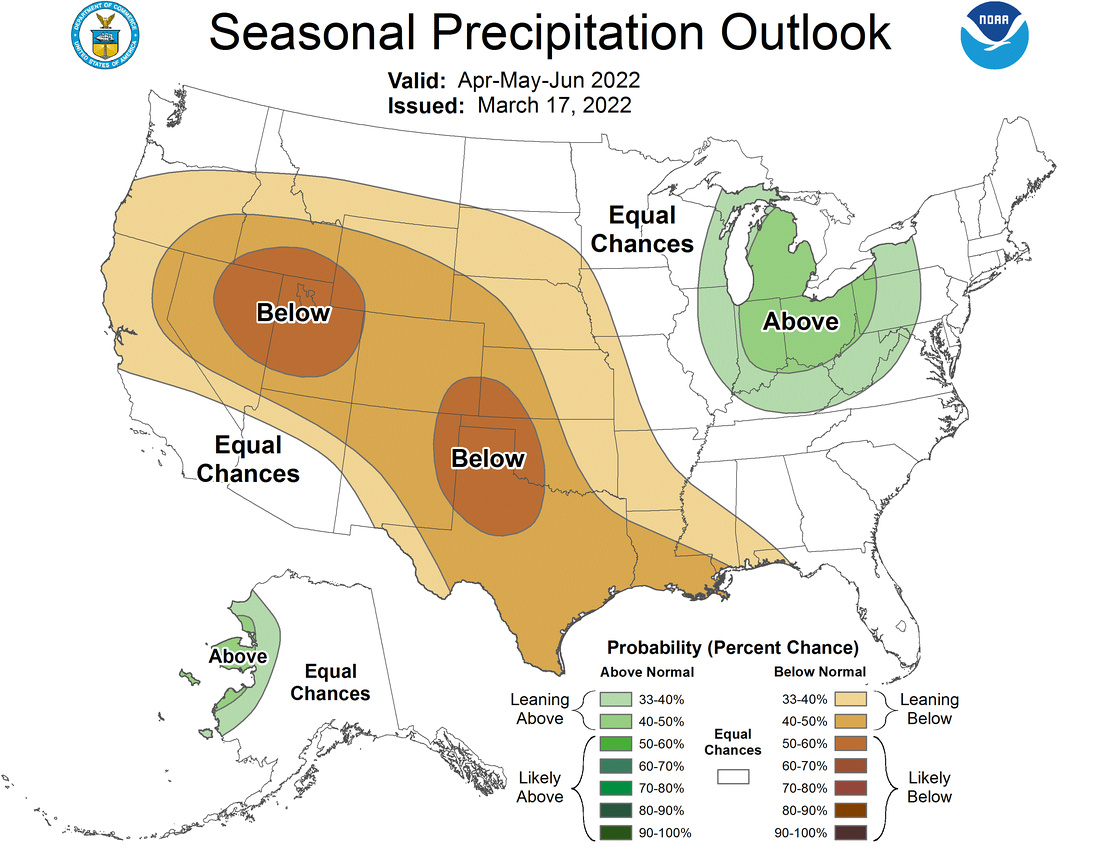 For this image, we will need to return to a muggy May afternoon in 2014. I was standing at the glass door at my place of work watching distant towers billow in the late afternoon sun. Severe weather was expected and all modes of sever weather would be possible including wind, rain, hail, and tornadoes. I watched the towers build and form into cumulonimbus clouds bringing down hazy veils of rain through the updraft bases. Lightning would burst from the upper levels and strike the ground far away from its origin. It wasn’t too long before I heard those words every storm chaser wants to hear, “You can go ahead and leave early.”

I didn’t take much for me to get my gear packed up and meet up with my friends Billy and Tyler. After they arrived, we headed off towards our target, which thankfully was close by over Lake Arrowhead. Storms had breached the cap and were erupting along the dryline, as they propagated northeast, they would move into a more unstable environment with wind fields conducive to tornado development. We intercepted the storm just east of Scotland, TX. Low hanging tendrils began to dance around the base of a bowl-shaped wall cloud. This storm looked like it was about to go tornadic.

The blaring alarm from the National Weather Service weather radio went off just above Tyler’s head giving both of a jump scare. The NWS had issued a tornado warning with radar indicated rotation being the main reason. We tried to parallel the storm as it moved through Henrietta. It was at this time we saw the infamous “red shoe” Dominator of Reed Timmer and his team parked along the side of the highway access road. Shortly, the core of the storm engulfed them and 3” hail stones fell all around them. We just barely escaped the core. We continued driving north to get in better position. Now, the sun was getting lower and we lost contrast on the storm. The only way to remedy this is to get in the shadow of the supercell. As we approached the storm, we could start to make out the telltale signs of a healthy supercell. A large inflow band wrapped around the barrel shaped mesocyclone. Dry air was cutting into the backside of the updraft base forming a clear slot. This would be the best position to watch the storm.

We pulled over off some county road near Hwy 79 and watched as the updraft churned over the pastureland. A gusty wind blew in from the southeast feeding warm unstable air into the supercell. The grasses swayed in the wind and the low booming of thunder rumbled through the ground. We stood in awe watching the stunning structure and admiring the patterns and colors of the storm. Bolts of white-hot lightning crashed down around us in a dizzying, strobe-like sequence. We didn’t have much time as the lighting was getting to close, but I did manage to stay long enough to capture this handheld image of the cycling storm. Our chase didn’t stop here, we would continue to follow the storm as it crossed the Red River into Oklahoma. We chased along side it until the last light of day not seeing any tornadoes, but still plenty happy with our successful chase day.

Here's a very old video from this chase day. 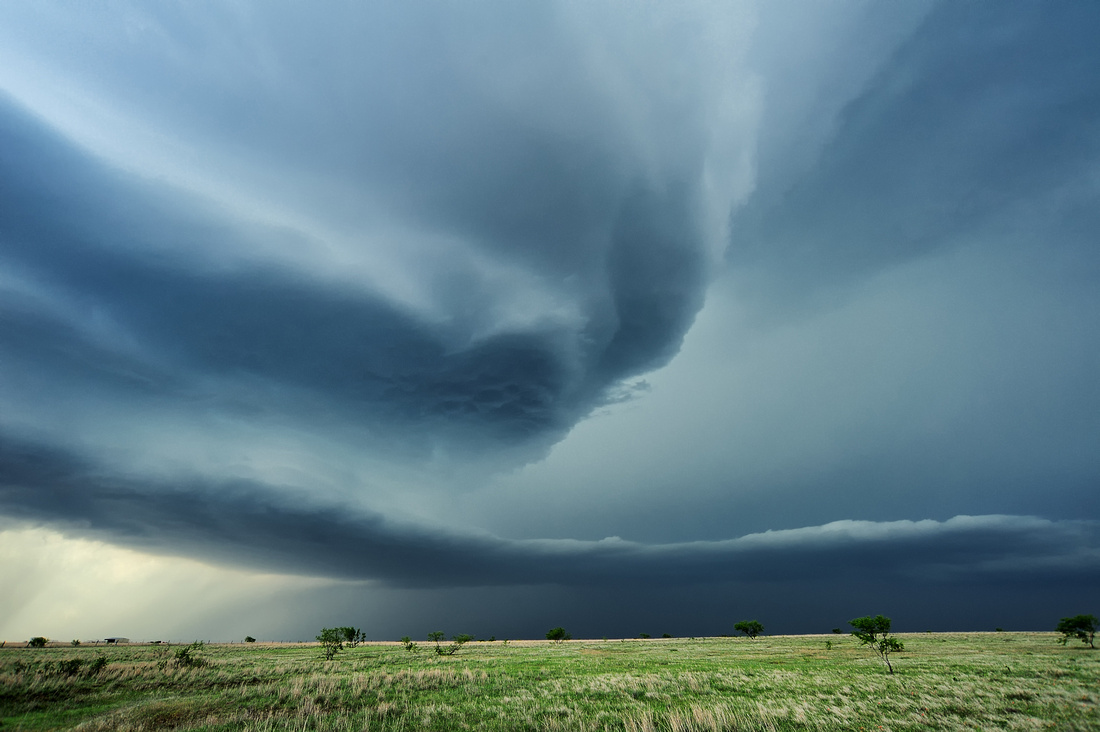