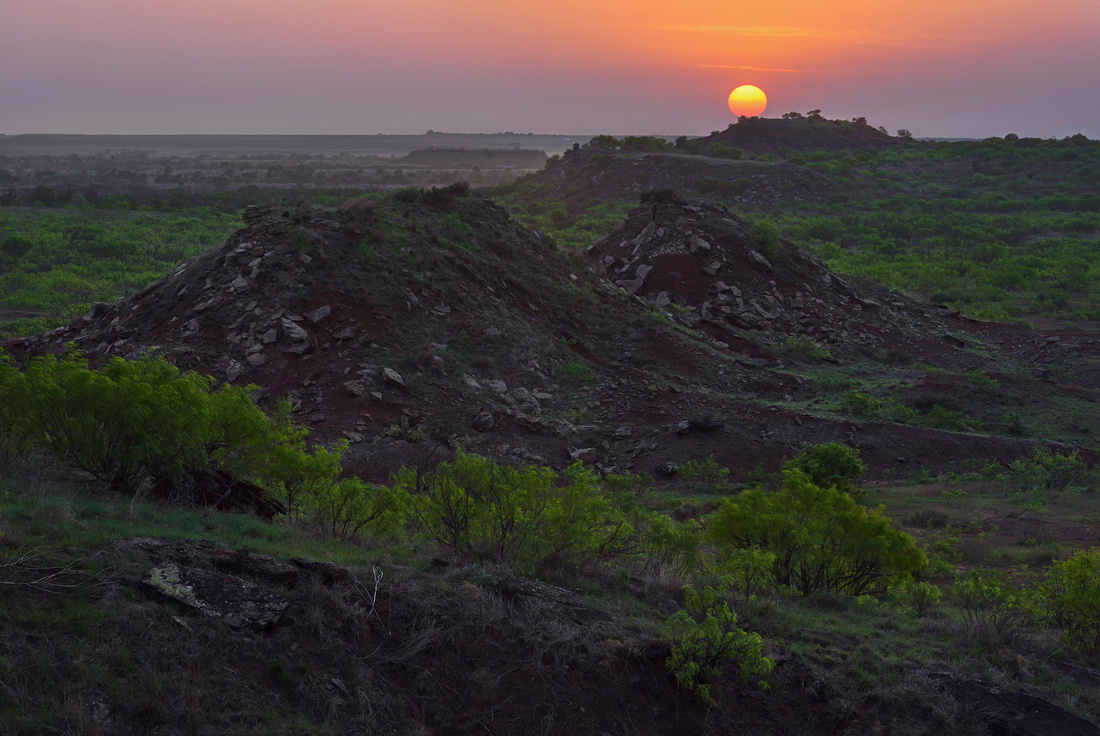 This week’s Pic of the Week was captured near the end of last month. We had gone several days without a good photography outing. Our last successful one was the Red River photo shoot I wrote about in my previous blog entry. So, I was looking forward to another photogenic opportunity. Unfortunately, the weather had other plans. Wind was our weather for the next few days. Winds would gust as high as 50mph and keep sustained at 30mph. This does not work well with landscape photography.

When the opportunity for a nice sunset arrived, Ashlee and I braved the wind in the pursuit of good landscape photography.  The whole drive down 287 gusts of wind slammed against the 4Runner trying to run us off the road. We reached the quaint town of Scotland, TX and turned west on FM 172. Though it didn’t look like it now, the drive down the farm-to-market road would lead us to a surprisingly unique and photogenic scene.

We kept on following FM172 until we reached a pull off near a small corral. Now, at the top of a hill, the wind was roaring outside. With our cameras in tow, we pressed through wind and walked along the western fence line, scouting out compositions along the way. From this viewpoint we could look down into the valley where some small mesas jut up from the mesquite growth. These little buttes would serve as good anchor points and subjects to my composition.

I found a nice angle with a strong sweeping diagonal foreground to really help draw the eye through the scene. Behind the foreground one of the larger more rotund mesas would serve as a great anchor point for the eye to rest. The lines from that mesa lead the eye back to the more peculiar butte in the far midground. The taller flatter mesas appear behind the haze and dirt and add a whole other layer to the image. Finally, the tallest mesa ridges above the rest and above the distant horizon to give the image great depth. Now, If the sky would catch some color, everything would be in place.

The next hour was brutal as I tried to finalize my composition in the blustery air. Nearly every time I went to capture a photo a strong surge of wind would come up the hill and rock my tripod shaking my camera. The resulting photo would be of poor quality and shoddy focus. I also needed to increase my ISO to ensure my shutter speed would be fast enough during the lulls in the wind. This meant my overall image quality would suffer, but regardless I kept shooting.

The sun began setting behind the dust layer transforming it into an ethereal orange orb glowing in the western horizon. The dirt and haze made a natural filter to the suns intense light letting us see excellent detail and color on the sun. In fact, you can see three sunspots in this image! I waited patiently as the sun drooped closer to the horizon. Luckily, I calculated the sunset trajectory and determined it would set above the taller mesa. I began shooting, hoping, and praying, these images would come out sharp and thankfully, I was able to capture a few frames that were usable. While it was a more challenging image to capture, I was still quite happy I finally got a shot of the “Scotland Mesas”.