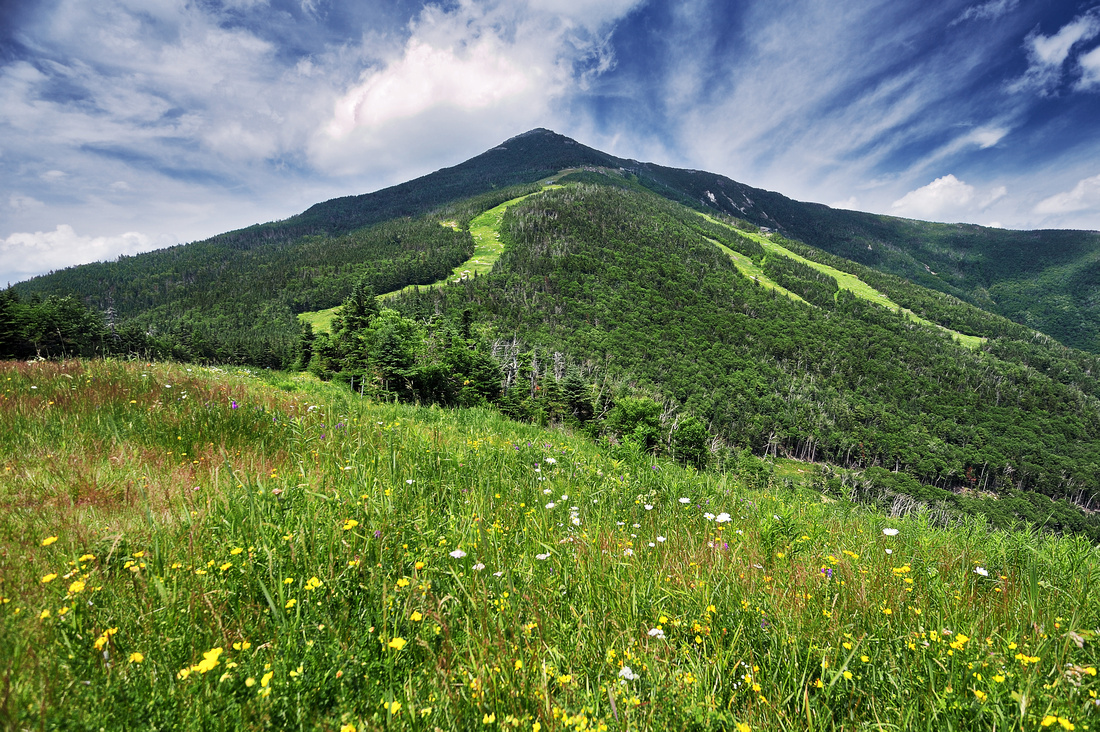 Summer has fully arrived here in North Texas. High temperatures have been reaching above 100 degrees for the past few weeks and it looks like there is little relief in sight. In fact, next week looks to be the hottest of the whole year with highs exceeding 110 F! Times like these I try to ignore the blistering heat and reminisce on much cooler weather and more interesting landscapes. It was about this time eight years ago I was sitting atop Little Whiteface Mountain staring at Whiteface Mountain summit. Patches of wildflowers were swaying in the cool mountain breeze. How cool was it you ask? The high temperature that day was on 77 F at the base—it was cooler on the summit. For comparison here’s the LOW temperature for Wichita Falls that same day, 81F. The high was closer to 100 degrees. So, it was a fantastic reprieve from the heat.

In the summer of 2014, our family was having a reunion in upstate New York. I have visited New York several times before, but this time we rented a lodge in the quaint community of Elizabethtown. We spend days spending time with family, playing games in the backyard, and watching sunsets on the back porch. On our final day in New York, we drove to Whiteface Mountain to take the gondola ride up to Little Whiteface. The gondola starts at an elevation around 1250ft and ascends to 3678ft at the top of Little Whiteface. On the car ride up we could start to make out the peaks of the nearby Sentinel range of the Adirondack mountains. Way off in the western horizon we could start to see the High Peaks Wilderness reveal itself amongst the trees.

We reached the top of Little Whiteface and immediately before us stood the intimidating summit of Whiteface Mountain. It was another 1200ft in elevation to the summit. The large pyramid-shaped peak loomed over the flat open knob we were on. High above on the summit, I could just make out the stone tower of the Summit Weather Observatory shining in the afternoon sunlight. Later that day we would drive to the summit of Whiteface and see the tower in a much closer view. But for now, I began walking down a path in hopes of finding a nice image. I didn’t have to go very far before I found something that interested me.

Heaps of wildflowers peppered the grassy hillsides. Each one unique in color and shape like an individual spice in a recipe that makes up the ecosystem. Bees and butterflies flitted about the veritable smorgasbord of flowering plant life, almost overwhelmed by the selection of choice flora of the area. I found a composition that featured many of these different wildflowers and a clear view of Whiteface’s peak. I used the ski trails as a natural leading line up to the summit of the mountain. There were excellent sky conditions with patches of light dancing on the mountain peaks. We didn’t stay too long on Little Whiteface, and this was the only good capture I made from this view. But it is still one of my favorite captures from this trip and I would sure love to be there right now. At the time of writing the blog post the ambient temperature is 72F on Little Whiteface.