"Atop the Throne of Erosion" 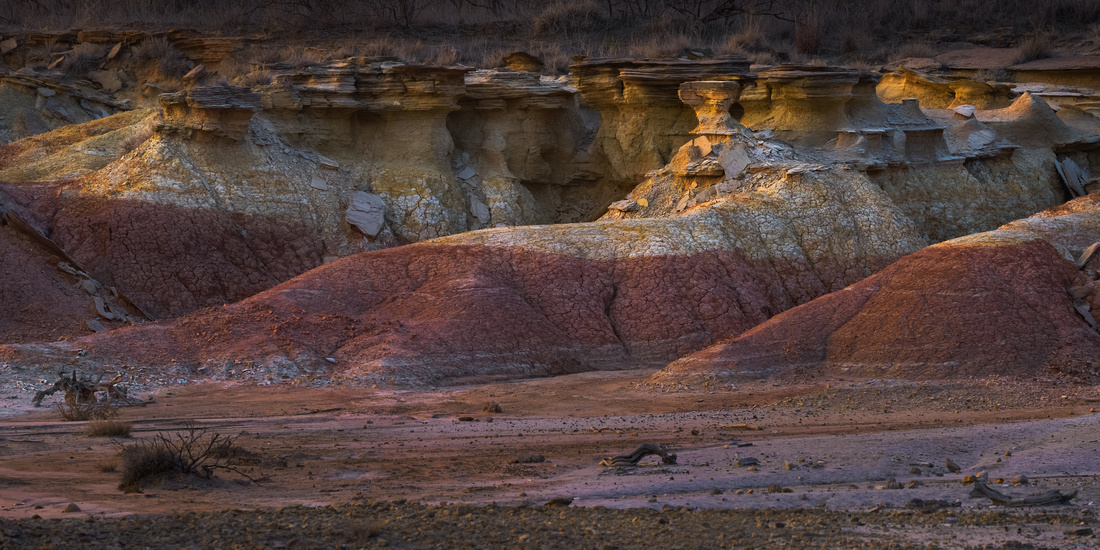 Atop the Throne of ErosionThis lone hoodoo is still standing in the face of erosion's crumbling forces.

There is just something very intriguing to me about a balance rock. The way it delicately suspends itself perfectly to just avoid toppling down is just fascinating. You could say I am drawn to them, though a lot of the time they don’t present themselves as the best photographic subjects. But when it all works out, there can be some interesting images made from these curious subjects. After all, how did they end up there in the first place? Typically, this occurs when one layer of rock erodes before another. Perhaps one of the most impressive examples would be the infamous Lighthouse at Palo Duro Canyon State Park.

These rock formations don’t have to be giant monoliths to be interesting, although that doesn’t hurt. This image shows that the hoodoos featured are only about four to five feet tall, and yet, they still hang just as precariously as the hundred foot balance rocks of the southwest. Even on this smaller scale, they hold my attention. It should come as no surprise then that I try to scout and find the subjects and photograph them in an interesting way.

I've known about this location for a few years, but I've never been able to visit.I knew it was only going to work during a winter sunrise, as the light would only hit the hoodoos when the sun was at a certain angle. On a pleasant Sunday morning, I headed out south of Electra, TX, to find and photograph the subject. The drive was only thirty minutes away, but I needed to arrive early to find a composition. One thing about this trip, Ashlee did not join me, and neither did her 200-500mm telephoto lens. Hopefully, I wouldn’t need it for my shot.

I got out of the 4Runner and walked towards the barbed wire fence, catching glimpses of the scene between the mesquite and scrub bush.The sun was just starting to break the horizon, and the soft clouds above were catching some wonderful orangish-pink color. This sent reflected light down onto my scene, casting everything in a warm, pleasant glow. As my eyes scanned the scene, I noticed a wonderful composition, but I was afraid my 200mm lens wasn’t going to be long enough for the shot.

I still got my camera out and lined up my composition, but unfortunately, I didn’t have the reach I needed for the image. Since I can’t get closer to the subject physically and I can’t bring the subject closer to me, I decided this would have to be solved in the editing stage of the image creation. Regardless, I was grateful the location had been confirmed and that I had an interesting subject in the scene. Though the image would have to be cropped later, I could still see the "flow" of the composition. "Flow" is a term I use to describe how easily the eye moves throughout the image.

With my composition locked in, I was now just waiting for the best light. Without those narrow beams of light hitting the hoodoos, the whole image becomes a big mess. The light hits in a way that shows all the separate layers of the rock and highlights the unique colors of the formations. This one smaller hoodoo was perched just at the edge of the colorful "skirt" of the Permian base below. It reminds me of extravagant royal garb being draped along the floor. All around the lone hoodoo are reminders of fallen comrades, but for now, this hoodoo remains atop the Throne of Erosion. Soon it will likely suffer the same fate as water and wind eat away at the base.